We’re absolutely delighted to share our success at this year’s North West Charity awards with you.  We walked away with 3 Awards; Volunteer Manager of the Year, Highly Commended in the Outstanding Charity Support by a small/medium sized business and Rising Star in the Small Charity, Big Impact Award. 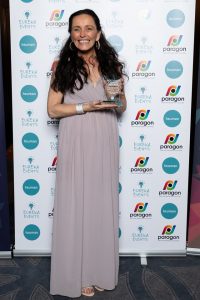 Paula with her Volunteer Manager of the Year Award

Paula Swainston, Project Coordinator and Volunteer Manager said “I’m thrilled to win this award, it was a huge surprise. I love working with our volunteers and seeing their confidence grow as they offer help and support to young people through our mentoring service”.

Sharon Burch, Chief Officer says “Paula is a vital cog in our charity and I don’t believe that we would have been so successful or have such a great reputation without her input. Paula has a real commitment to our values and beliefs and in all the work that we carry out with young people. She instils these values in our volunteers and I have received many positive comments about her commitment, about how she is always there for the volunteers and how she makes volunteering for us a real pleasure.” 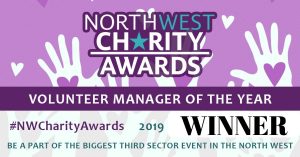 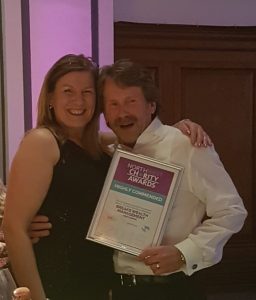 Paul Breaks with Chief Officer, Sharon Burch with his Award

Paul Breaks from Breaks Wealth Management received the Highly Commended Award for his outstanding support of the charity since becoming involved with them in 2018. Paul ran the Marathon Des Sables this year as part of his fundraising activities for the charity. He raised over £6000 for doing the Marathon and this, coupled with his other fundraising activities has brought in over £11000 for the charity this year.
Paul said “I can’t think of anything worth supporting more than Ynot Aspire. They need around £100k a year and while they have funding for a few more years, they need support. I am funding someone else to run the marathon next year, with all proceeds going to Ynot Aspire”

The partnership has been a great success so far. Paul has now joined our Board of Trustees and brought on another new Trustee with expertise in marketing and fundraising.
He is due to start mentoring young people in the near future, once he’s completed his training. He’s brought a real sense of drive and ambition to the board and the staff and opened up a lot of new opportunities for us in terms of corporate sponsorship. He’s given talks about his marathon experience at a number of events, further upping the total of donations to our charity. 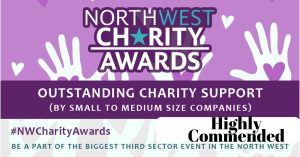 Of being awarded Rising Star in the Small Charity, Big Impact Award, Sharon Burch, Chief Officer said “This is a fabulous result for our charity and we’re thrilled to have received this recognition. I think our success lies in involving young people in all aspects of the charity to ensure we’re meeting their needs and the great partnership work that we have in Hyndburn. We’re lucky to have amazing staff like Paula, dedicated and passionate volunteers and the support of people like Paul to help us raise vital funds.” 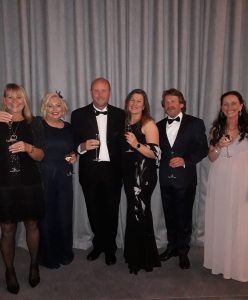 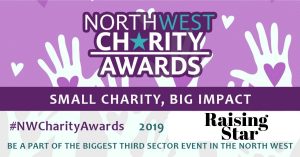 After a successful launch in 2017 and overwhelmingly positive feedback the North West Charity Awards, now in its third year gives North West charities and not-for-profit organisations a platform to celebrate and be recognised for their outstanding contributions to their communities. The awards have been created to shout about all the great things charities have been doing in the North West.

The awards took place on Friday 27th September at the Principal Hotel Manchester with over 400 guests in attendance with special guests The Lord Mayor, Councillor Abid Latif Chohan and Chief Executive Officer of Brain And Spinal Injury Centre (BASIC), Wendy Edge.
All entries highlighted the variety of outstanding contribution to the region. In total, 16 awards were presented on the night with the prestigious recognition of North West Charity of the Year going to Manchester Youth Zone.

The event, founded and organised by Phoebe Benta from Eureka Events, brought together charities to celebrate the amazing achievements of the region. Phoebe said: “It was delighted to see such an overwhelming response to the awards the atmosphere at the event was inspiring. The collaboration that will take place between charities after this event will be incredible.”